This article may contain affiliate.  For more information, please see our disclaimer here.

Spain is an amazing country to visit, and it’s full of surprises. For us, we were blown away almost daily by the culture, the food, but most of all, the absolutely stunning scenery. In our minds, we’d always envisioned Spain as a hot, dry land, and we were excited to see what it was really all about!

One of the things that really surprised us were the mountains in Spain. Coming from the Netherlands — which is as flat as a frisbee — we’ve always been excited about scaling mountains, but we weren’t expecting to encounter so many astounding ranges in Spain!

In fact, after Switzerland, Spain is the most mountainous country in Europe, so it’s no surprise that it’s home to some of the most beautiful we’ve explored. So, let’s take a look at the 9 Spanish mountain ranges that will be forever in our minds!

Most spectacular mountain ranges in Spain

The following mountain ranges in Spain are a must-visit for anyone who adores gazing upon the rugged beauty of a mountainous landscape. Hikers and climbers will also get a kick out of conquering these impressive heights.

Located in the beautiful Andalusia region in southern Spain, the Sierra Nevada range is perhaps one of the most well-known set of mountains in Spain. The name translates to ‘mountain range covered in snow’. Immense snow capped peaks reach dizzying heights, and create an incredible backdrop to the tranquil foreground of rural Andalusia.

Featuring the highest point in continental Spain, the mountains of the Sierra Nevada range provide an unreal landscape. Craggy and rocky, gone are the pine forests and rolling fields of the Alps, creating a far wilder region. Home to amazing wildlife that roam even the most popular trails, keep your eyes peeled for wild boar, Spanish Ibex, foxes, badgers, wild cats, beech martens, and much more.

Making up much of the border between France and Spain, the Pyrenees mountains are incredibly beautiful. Gushing rivers flow through vivid green meadows of wildflowers, or crash through gorgeous pine forest. Waterfalls cascade out of the rocky heights, flowing into immense mountain lakes, creating something akin to a fairy tale landscape.

The snow capped peaks stand proud and seemingly impenetrable, but for adventurers, there’s always a way up! Besides the wild, rugged beauty of the Pyrenees, you’ll find a wealth of charming mountain villages and towns, home to a fascinating culture and a tranquil way of life.

The surreal Montserrat Mountains are located in Catalonia, not too far from Barcelona. The name translates to ‘saw (or serrated) mountain’, and once you see it, you’ll understand why! Made up of a number of impressive peaks, the range can be seen for miles around, jutting out of the landscape like a giant hand saw.

Upon closer inspection, you’ll see that the rocks have a strikingly beautiful pink hue, which really shine as the sun begins to rise or set. Made from a type of sedimentary rock, the edges are smoothed off, creating an almost alien-like landscape of smooth pillars. Popular with hikers and rock climbers, the range is also home to the Montserrat Monastery, a popular pilgrimage site.

It’s believed that the Picos de Europa get their name from the fact that they were the first sight of Europe that sailors returning from the Americas had as they sailed home. Located in northern Spain, it’s not hard to imagine that sighting these incredible peaks would fill a home-sick sailor with joy! The mountains look impressive from a distance, but it’s not until you get up close and personal that you can appreciate their true beauty.

The scenery is breathtaking, with forests climbing up to meet the rocky, snow capped peaks, and mountain lakes set amid glorious meadows. Home to wild bears, wolves, chamois, and birds of prey, including buzzards, the mountains promise a wild adventure. The Picos de Europa also contain some of the deepest caves in the world. Supporting a unique culture, shepherds roam the peaks and valleys, while gastronomical delights await in the numerous charming villages.

Located in the Cadiz region of southern Spain, the Sierra de Grazalema is an incredible mountain range that features picture perfect landscapes. Different to the nearby Sierra Nevada, this range is resplendent in its forest strewn scenery. Pines creep up much of the range, before giving way to formidable limestone peaks.

A number of towns and villages are located amid the mountains, but there’s a wild side too. The range is home to various species of vultures, stone marten, deer, and much more. It’s also famed for a series of large caverns, hewn from the rock and mysterious in their vastness.

The name, meaning the ‘white range’ comes from the fact that there’s very little vegetation on the mountains, leaving the limestone rock mostly exposed. When the sun is low in the sky, the pale grey rocks undergo an amazing transformation, shifting from pink to deep red as the sun sets.

This small, but stunning range is located in Andalusia, southern Spain, and is immensely popular among hikers and climbers. Nowadays, the foothills have also become a hotbed of luxury resorts and villas, and a hot real estate market.

Rising to the sky in central Spain, the Sistema de Gredos boasts amazing scenery and a landscape akin to those found in fantasy novels. A series of gorges and valleys carve through the range, home to waterfalls, rapids, and lagoons.

The granite peaks soar high above the rolling green meadows and forests, home to an array of wildlife, including the beautiful Iberian Ibex. Deer and an array of lizards, vultures, and eagles can also be sighted as you trek through this rugged world. The mountains can be seen from miles around, from Madrid to Toledo and beyond.

Located in south-central Spain, the Sierra Madrona isn’t as well-known as other ranges on this list, but it’s well worth exploring if you’re in the area. Home to lush Mediterranean forests, incredible canyons, and ravaging rivers, there’s plenty of opportunity for adventure. Medieval ruins can be found across the landscape, as well as scenes of exquisite natural beauty, including waterfalls and rolling green pastures.

A number of caves can also be found in the mountains, some of which house ancient cave paintings. Shrublands cover much of the higher slopes, giving the range its name, with Madrona meaning Strawberry Shrub, which is especially common on the slopes.

Situated on the Spanish island of Mallorca, the Serra de Tramuntana kisses the sea, before rising up to touch the sky! The range forms much of the northern backbone of the island, and is an excellent place to take in magnificent sea views. There are a number of fabulous trails to explore, taking in the iconic dry-stone terraces, culturally exciting villages, groves of gnarled olive trees, and stunning mountain lakes.

There are also medieval castles and defense towers to visit, and the popular pilgrimage site, the Lluc Sanctuary.

Spain is home to a number of impressively tall mountains, soaring thousands of metres into the sky. Below we listed the 10 highest mountains of Spain:

What to do in the mountains in Spain?

There’s a ton of amazing adventures to be had in Spain’s mountains!

Spain is a hiker’s paradise, and the many Spanish mountain ranges to explore are crisscrossed with hiking trails to discover. You’ll find a fabulous mix of easy to difficult hikes, suitable for all abilities, taking in spectacular scenery at every turn!

Check out our post on the best hiking trails in Spain for some inspiration. But if you rather go with a guide, there are plenty of opportunities as well!

Mountain biking in some of Spain’s mountains is an incredible adventure! Whether you’re into downhill mountain biking or cross-country, there are endless circuits and trails to discover. Road cycling through the Pyrenees and many other mountain ranges in Spain is also possible and provides a superb way to explore. For more information, check out our top picks of Spain cycling routes.

To explore the mountains in Spain by bike, you can either rent a bike yourself or join a guided tour that often also provides the option to cycle the mountains on an e-bike!

There are some truly impressive climbs amid the Spanish mountain ranges! Whatever your ability, you’ll certainly find some challenging scales to attempt!

A few options include:

Some of the deepest caves in the world are found in the mountains of Spain. If you’re a subterranean explorer, this is a superb place to plunge the depths! Just keep in mind most of the time it’s not possible to explore the caves by yourself. But luckily there are plenty of guided caving tours available to explore the underground world of Spain.

Skiing, snowboarding, and tobogganing aren’t just for the Alps, and there are some amazing resorts in Spain’s mountains to discover. Alternatively, take a snow day in the Pyrenees with this fun and organized tour.

For more things to do, also check out our post on the top 25 adventures to experience in Spain

We hope you enjoyed reading through this post that covers the most incredible Mountains in Spain. If you have a question or want to add a mountain to the list, please leave a comment below. 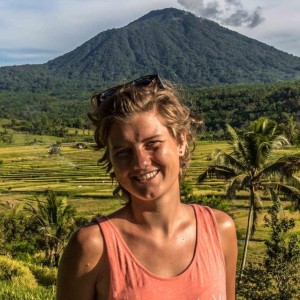 What To Expect of the Caminito del Rey? Once the Most Dangerous Hike in Spain

25 Things to Do in Spain for Adventure Seekers